The Best Vegan YouTubers You Should Subscribe To Today 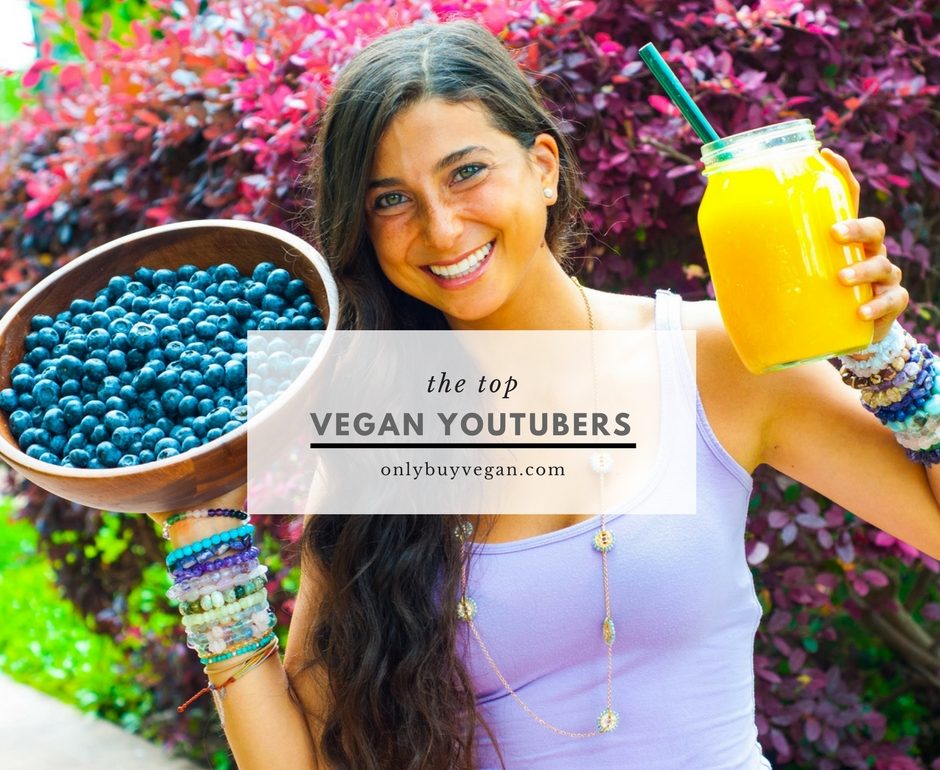 It’s no secret that YouTube is a fantastic place for information, and especially for vegans. With literally hundreds of vegan YouTube channels out there, no matter if you’ve just become vegan or you have been for a while, YouTube is a great place for vegan ideas. From vegan recipes to lifestyle and shopping hacks, YouTube has plenty of users offering their best advice and secrets.

But of course, with hundreds of channels out there and thousands of videos, which ones are worth watching and which aren’t?

To save you the time of watching every vegan YouTube video out there, we’ve done all the hard work for you. After researching YouTube videos and watching hundreds of hours of them, we’ve managed to compile a list of the top vegan YouTubers.

No matter if you’re looking for the next fantastic vegan recipe, or just want some inspiration or advice, these vegan YouTube channels have it all. So sit back and get ready to go on a YouTube binge, here are the top vegan YouTubers you should be following.

When we said that there were hundreds of vegan YouTube channels, we weren’t lying. If you type vegan recipes into the search bar, you’ll will be met with millions of results. To save you the time of watching them all, we’ve hand-picked the top channels that you should be looking out for.

From the tasty vegan to the vegan, these YouTube channels produce top-quality videos that explore the whole range of different topics to do with veganism. From healthy vegan recipes to the science and environmental impacts of vegan diets, these channels will give you plenty of information to stun the naysayers.

Let’s get things started by taking a look at the first vegan YouTuber on our list, the Edgy Veg.

The Edgy Veg is a YouTube channel dedicated to vegetarian and vegan eating. Created by Candice Hutchings, the channel currently has over 270,000 subscribers and is growing rapidly. If you’re looking for some mouth drooling vegan recipes to feed your appetite, then look no further. Candice has over five years of videos on her channel ranging from mushroom gravy sauce to vegan Jell-O pudding. If you’re looking for something new and exciting to make, then be sure to check out this awesome vegan YouTuber.

The next vegan YouTube on our list is Sadia, the owner of the popular YouTube channel pick up limes. With over 760,000 subscribers she’s one of the top vegan YouTubers, and just by looking at her channel, it’s clear to see why. The main focus of her channel is to do with vegan recipes and dishes, but she also covers plenty of other topics. From meditation, to everyday life hacks, pick up limes is not just a channel limited to veganism. Instead, it’s all about living a healthy and happy life. No matter if you’re looking for new recipes or new vegan lifestyle tips, this channel has everything you’re looking for. Be sure to give them a watch and subscribe on YouTube.

It’s no secret that vegan YouTube channels are often dominated by vegan recipes and dish ideas. But Mic. The Vegans channels is a breath of fresh air. Instead of covering vegan recipes, this vegan YouTuber likes to dive into the science of veganism. Covering topics such as the health effects of the vegan diet and the environmental impact of eating animal products, Mic’s channel is one-of-a-kind. Not only are his videos educational but to their also fun and extremely detailed. It’s clear to see that a lot of research has gone into the making of these videos and he definitely deserves his 200,000+ subscribers. Why not take a break from looking at vegan recipes and learn the science behind veganism here.

If you’re into fitness and veganism then this is the channel for you. This vegan YouTube focuses specifically on vegan bodybuilding which is often a highly debated topic in the fitness community. Many people assume that vegan diets don’t contain enough protein to get super ripped and muscular. However, this vegan YouTuber is on a mission to prove that that’s not the case. With plenty of YouTube videos reviewing vegan protein powders, to animal welfare and ethics, this channel has plenty to offer to both vegans and vegan bodybuilders.

If you’ve ever needed some motivation to start a vegan diet, then this is the YouTube channel for you. Created by Alyse, this vegan YouTuber has one simple mission: to inspire you to live a healthy and more vibrant lifestyle. She does this by producing a range of quality vegan videos including how to reduce your food waste, to meditation tutorials, and quick vegan recipes. Currently Alyse has over 700,000 subscribers and is looking to hit that 1 million mark really soon. If you need some inspiration or vegan advice, then be sure to give this channel a watch.

Next up on our list of the top vegan YouTubers is Emily, who runs the channel bite size vegan. With over 350 videos and counting on her channel, bite-size vegan is an excellent place to learn fun, friendly and fact-based information about veganism. From watching the videos you’ll learn everything you need to know about being vegan. No matter if you want to learn how to be vegan, enhance your current vegan lifestyle, or are just vegan-curious, Emily covers everything on her channel. Her bite-sized vegan videos have gained her over 170,000 subscribers while educating the world. If you want to learn more about how cattle raising is harming the world and animals, then this is the YouTube channel for you.

For many people, the thought of living a vegan lifestyle can seem very expensive and often out of reach. But don’t be put off, this vegan YouTuber is determined to show you how to live a cheap vegan lifestyle without blowing the bank. Appropriately named the cheap lazy vegan channel, this YouTuber has hundreds of videos on vegan hacks and money-saving tips. We’re almost positive that after watching this channel you’ll start to notice more money in your pocket. With hundreds of tips on how to get more for your money while living the vegan life, this channel is a must follow for all dedicated vegans.

If you’re feeling hungry then we’ve got the perfect YouTube channel for you. Avant-Garde Vegan, which was founded by Gaz Oakley, a professional chef from Cardiff, is a YouTube channel that specializes in vegan recipes and cuisine. After working as a professional chef for several years, Gaz made the switch to a vegan lifestyle and has been showing off his recipes and tips ever since. On his channel, you can find a range of videos that cover everything from budget vegan meals, to vegan desserts and vegan lifestyle tips. If you need some inspiration on what to eat next, then this channel is perfect for you.

Last but not least on our list of vegan YouTubers is Kristina, the owner of the fully raw Kristina YouTube channel. Kristina’s channel combines all the best things in life, veganism, yoga, and fitness. If you’re looking for information in any of those topics than this channel has plenty of them. From how to make your own pumpkin spice mocha latte to her to make your own sweet almond milk, this channel has everything you’re looking for… And more! It’s no surprise that with her great content, Kristina is one of the top vegan YouTubers and has almost managed to hit that 1 million subscriber mark. Do her a massive favor and make sure to subscribe!

We hope you find this list of vegan YouTuber interesting and helpful. In truth, there are plenty of awesome vegan YouTube channels out there with new ones being made every single day. These are just some of our favorite channels that we have found the most useful and that have the best videos. If you can think of any fantastic vegan YouTuber that we’ve missed out then be sure to get in touch.

Want to watch more informational vegan videos? Be sure to check out our list of the best vegan documentaries released.