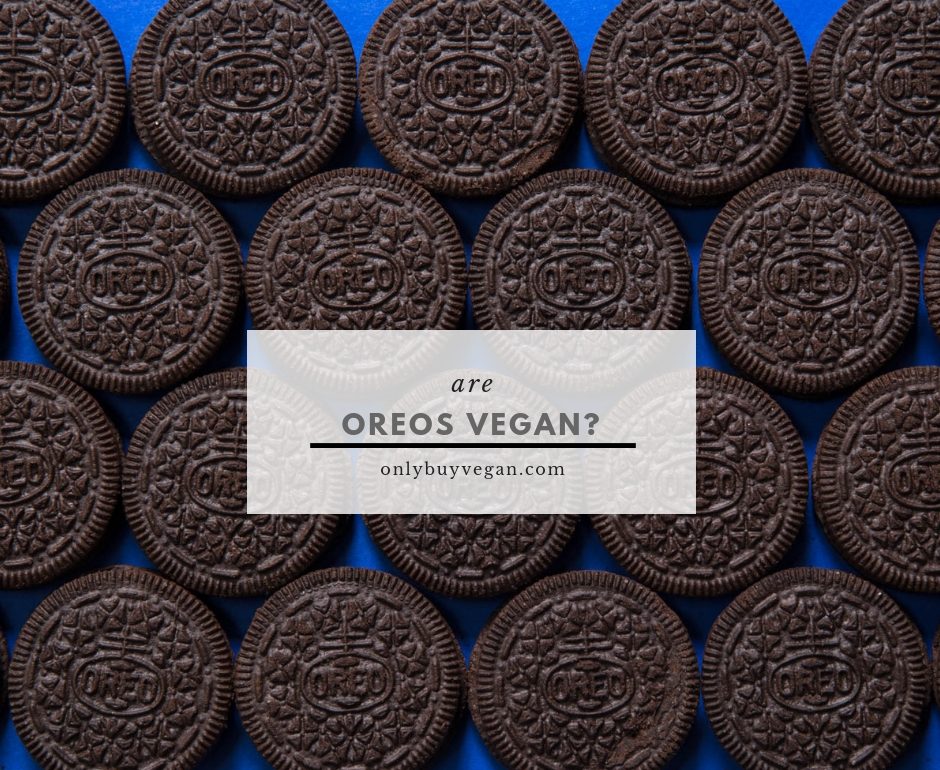 Let’s be honest; everybody loves Oreos.

Launched by a little-known food manufacturer in 1912, Oreos have grown to be a worldwide success and are currently sold in over 100 different countries. They even hold the title for the best-selling cookie in the United States!

However, since 1912, a lot has changed in the world, and a burning question on many people’s minds today is: are Oreos vegan friendly? Can vegans enjoy the yummy goodness of those sandwich cookies? Or should they be avoided at all costs?

Unfortunately, the answer isn’t as simple as yes or no and needs a bit of explaining before you can decide if you should eat them. So before you go munching on those Oreos, be sure to read what we’ve got to say, you might be surprised!

For a long time, vegans have been trying to figure out if Oreos are vegan friendly or not. But in March 2018, PETA, (the animal-rights group that every vegan should know) cleared everything up once and for all with this tweet:

It's true, #Oreos are #vegan! Did you know all these other snacks are too? 👉 https://t.co/hjq3suxZUK #NationalOreoDay pic.twitter.com/Z0Yz01ZX3q

The tweet implies that Oreos are vegan friendly and can be consumed by vegans since they don’t contain any animal byproducts. However, many Twitter users were quick to point out that this isn’t exactly true.

After doing a bit of googling on the Internet, the U within the circle is actually a kosher labelling symbol that is used on many types of food packaging.

An “OU-D” symbol indicates that the product contains a dairy ingredient or a dairy derivative, or that it was made on equipment also used for making dairy products. This is an important indication to both dairy free and Kosher consumers, as Kosher laws do not permit dairy food to be eaten or cooked with meat, or with foods made with meat ingredients.

So this symbol clearly states that Oreos either contain a dairy derivative or are made in a factory that is also used for making dairy products.

According to the official Orioles website under the FAQ section, the manufacturer states that Orioles are not vegan as they have a chance of cross milk contact. This basically means that during the production process, there is a chance that traces of milk could find their way into the product due to cross-contamination. This usually happens when the same equipment and machinery is used to produce a range of different products in a factory. You might have read on some packaging (not Oreos) that they often include a warning if a food item is produced somewhere that contains traces of nuts.

Another user also pointed out that Oreos also contains a very nasty ingredient call palm oil that although it isn’t derived from animals, it destroys thousands of their habitats every single year.

What about the #palmoil Oreo’s are made with?

Generally, we don't promote foods containing palm oil. We occasionally make exceptions to show the public how easy it can be to find foods that are free of animal-derived ingredients. ♥

Although they don’t deny that the item contains palm oil, the response is a bit disappointing. It basically says “this product is almost vegan so we’ll promote it because it’s popular”. A true vegan would never buy a product that contains palm oil as they would just be supporting the destruction of wildlife in doing so.

For those of you that don’t know, palm oil is an ingredient that is derived from the fruit of an oil palm tree. In areas such as Indonesia, large-scale deforestation has occurred in order to make space for oil palm farms. This deforestation has destroyed the natural habitat for thousands of animals and has even pushed them to the brink of extinction. Not only do these animals lose their homes, but many of them die in the process of deforestation. In a vegan’s eyes, this makes the ingredient just as bad as anything derived from an animal such as milk, eggs or meat. The fact that this ingredient is found in Oreos should confirm that they are not vegan friendly.

There are various variations of Oreos out there including flavors such as chocolate, peanut butter, and the original, so the ingredients can change depending on the flavor.

But to give you an idea of what’s in most Oreos, let’s take a look at the original ingredients.

According to the official Oreos website, the ingredients are:

As you can see from the list above, there are a few questionable ingredients that stand out. The first is the vegetable oil or palm oil, which we discussed before. Any product that contains this ingredient is definitely not vegan in our eyes!

Another interesting ingredient that stands out is the glucose-fructose syrup, also known as high-fructose corn syrup. This ingredient has been the center of debate for a long time as it is found in many different food products around the world. It has been linked to obesity, diabetes, heart disease and even cancer.

If you only want to put healthy and natural ingredients into your body, then this is something you should certainly avoid.

Should You Avoid Oreos?

Unfortunately, if you’re a vegan, we can’t recommend you eat Oreos considering they contain palm oil, traces of milk, and the manufacturers themselves say they are not suitable for vegans.

However, that doesn’t mean you can’t enjoy Oreos full stop.

It’s no secret how Oreos are made and what’s inside them, so why can’t you just make your own?

That’s exactly what the baking experts over at minimalist baker did! Check out their awesome raw vegan Orioles cookie recipe which is free from all traces of dairy and palm oil. This way you can get the same taste of Orioles without any of the nasty ingredients.

Now you know the truth about Oreos, it’s time to make sure all the other products and food in your life is vegan friendly. From shampoo to shoes, and even candy, at Only Buy Vegan we cover all aspects of your life to ensure you can live the true vegan lifestyle. Read more of our shopping guides below.